Yes, that is right, I did indeed just say Mary Poppins. The changing of seasons and winds always reminds me of Mary Poppins. It doesn’t help that I’ve had Feed the Birds stuck in my head since the other day on our tour when we stopped outside a little church in a courtyard filled with pigeons and locales tearing up bread for them. But more so the lessons that Mary Poppins subtly taught always find their way to me around this time. And while Feed the Birds is probably not many people’s favorite song from Mary Poppins I can’t actually think of a song better suited for the time.

As we toured through different neighborhoods on Saturday we were focused on the history that happened in these spaces has contributed to the way Sevilla has developed as a city, especially after their Civil War and the dictatorship of Franco. The tour reminded me of the countless times on family vacations, college tours or simply just coming back from a swim meet; we’d detour because my Dad had located a National Park. However, one woman, a resident of the neighborhood we were in interrupted our tour, she pleaded with us to not get so caught up in our studies of the past that we forget the present struggles that Sevilla has. She described how the poorer residents still lack a voice in government or a representative who would bring their problems to attention.

After her emotional speech I began to really take notice of the subtleties of each neighboorhood and particularly the graffiti found therein. From things that read (translated) “If the rich also cry, we will give them a reason” to “welcome refugees” Sevilla transformed from a historical city to a city full of living history. To come back to Mary Poppins, how apropos is it then to hear the words of Feed the Birds — a song which highlights paying attention to those who we usually pass by. To get the most out of my time here it’s women like our tour interrupter and Pepa (my host mom) who’s stories I love to hear. As great as our professors have been so far, there is a privilege in academia that often allows for the separation of people and topics, that you just don’t get in talking to real people.

“Though her words are simple and few, listen, listen, she’s calling to you — feed the birds tuppence a bag. Tuppence, tuppence, tuppence a bag”. Sometimes, things just line up just so well that you have to take notice and for me this was one of those times. So as the winds begin to come in and the temperatures begin to drop I plan on taking more time to listen for those smaller voices, here in Sevilla and in the larger scheme of things as well because something is pulling me to take notice. Plus, who can ignore Julie Andrew’s voice anyway?

Now if you’ll excuse me — I’m going to go see if I can find Mary Poppins in Spanish. 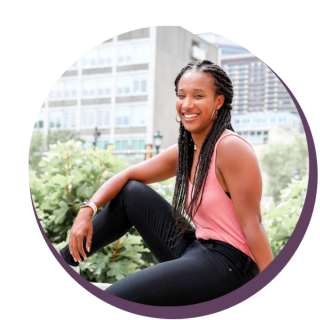